Book Title: Our Story: An Ancillary to US History

Authors: Dr. Jim Ross-Nazzal and His US History Students

Historians talk about change over time, but change is not linear. Rather nebulous and with unforeseen consequences. The historian Dr. Nancy Hewitt talks about a complexity of change over time. While change can positively affect one group sometimes that same change negatively affects another group, she argues. Change is both progressive and regressive. Change is embraced and at the same time rejected.

For example, The territory of Washington granted women the right to vote in 1883, then took away that right in 1887. Women regained the right to vote in 1888 by another act of the territorial legislature, but that bill was overturned by the Territorial Supreme Court the same year. Women in Washington then re-regained the right to vote with the adoption of the new state Constitution in 1910. The Prohibition Amendment was supposed to result in a cleaner, more sober society. What it brought, among other things, was the rise of organized crime. The Eighteenth Amendment was the only change to the Constitution that restricted rights. The idea that change necessarily advances society is inaccurate. In fact, continuity and change can happen simultaneously.

The world is too complex for a linear narrative. The trajectory of society on an evolutionary tract that is positive is not a normal phenomenon. Change does not always mean better. Likewise, continuity has both its detractors and proponents such as the vote in the US Senate for removing the 17th, 37th, 42nd and 45th president from office after the House of Representatives had found those men guilty of various high crimes and misdemeanors.

By the time Robert Mueller handed his report to the US Attorney General on March 22, 2019, Mueller’s investigation resulted in 34 indictments and around 200 charges. Seven people pleaded guilty and five had been sentenced, to include General Michel Flynn, Paul Manafort, and Michael Cohen.

The Muller report concluded there was no collusion between the Trump campaign and Russian officials. Attorney General Barr released a four-page summary of the report. The full report has not been released.

What was also not released was the actual transcript of a phone call between Donald Trump and Volodymyr Zelensky of the Ukraine. In the summer of 2019 President Trump seemed to have withheld US military aid (aid that was approved by Congress) to the Ukraine until President Zelensky made a public announcement declaring his government’s investigation of Joe Biden and Biden’s son. Joe Biden was a leading candidate for the Democrat party’s 2020 nomination for president. So it appeared that Trump was using his position to compel a foreign power to interfere in a US election. Initially, this information came from a single whistle-blower.

The House of Representative launched several inquiries and in November of 2019 those inquiries became an official impeachment investigation that was televised. The Trump administration confirmed the quid pro quo, saying that’s how you do politics. “Get over it,” said Mick Mulvaney on October 18th, 2019.

The House impeached Donald Trump on two charges (abuse of power and obstruction of Congress on December 18th, 2020.

Some such as Jerry Nadler (D-NY) called the events in the Senate a coverup:

“So far, I’m sad to say, I see a lot of senators voting for a coverup, voting to deny witnesses — an absolutely indefensible vote, obviously a treacherous vote,” he said, adding: “Either you want the truth, and you must permit the witnesses, or you want a shameful coverup. History will judge and so will the electorate.”

Marco Rubio (R-Fl) seemed to acknowledge Trump’s guilt but was unwilling to remove him from office:

“Just because actions meet a standard of impeachment does not mean it is in the best interest of the country to remove a President from office.”

However Alexander did not believe the charge necessitated being removed from office. Donald Trump was impeached by the Democrat-controlled House and not punished by the Republican-controlled Senate.

Impeachment is not normal. Republicans impeached Andrew Johnson (D) for a myriad of things to include “heaping ridicule upon Congress.” Richard Nixon (R) resigned when it became apparent that he did not have the number of votes in Congress to keep him in the Oval Office. Republicans impeached Bill Clinton (D) for lying about committing adultery. And now the Democrats, who control the House, impeached Donald Trump. These are not normal times.

Not unlike Andrew Jackson, Donald Trump seems to attract exceptionally divergent positions. All presidents have their detractors. Some more than others. Rush Limbaugh seemingly made his career going against the Clinton administration (and women and POC). But the model of this book is not about presidential personalities but rather are the domestic and foreign policies of Trump normal: are they more of a continuity of policy, or, are they more in line with Gilded Age policies as some historians have pondered? A change from the path the US has been on since the Progressive era? And, how did those changes and continuities affect various groups of Americans?

Was the exclusion of Chinese or the forced Americanization of Native American children in the 19th century similar or not to policies that restrict Muslim immigration or remove immigrant children from their parents? Or, politicians who lament that certain ethnic groups do not assimilate as quickly or thoroughly as other groups?

Are the speeches, policies and practices normal throughout US history over the long run or has US history altered its path these last few years? Finally, what does that change or continuity mean? Vamos a ver.

In part, this book is not normal because the focus whenever possible is not on the elite, the Great Men, but on us -what that active duty Air Force staff sergeant and his pregnant wife from Wisconsin, both civil rights marchers, witnessed what was going on at the Mall in DC on August 28th, 1963, as opposed to focusing on the speeches of King, John Lewis and Rabbi Joachim Prinz. This book will focus on the thoughts of a then-seven-year-old watching TV, as his mom hurriedly made his lunch because as he overslept that morning, on September 11th 2001 as opposed to mentioning the goat book and that 11 word message whispered to President Bush by his Chief of Staff.

When possible, we use the diaries and letters of our relatives, co workers and friends. Gleaned from out of print newspapers, uncovered at local historical associations, and extracted from oral histories, some done by my students, we uncover the words, deeds and experiences of average people. Sometimes my students are the subjects of those oral histories. Some of the narrative contained within this book is the work of my undergrads at Houston Community College. My student-contributors are listed at the end of each chapter. This OER is a true collaboration. History through our experiences. This is Our Story.

Dr. Jim Ross-Nazzal and His US History Students

Our Story: An Ancillary to US History by James Ross-Nazzal is licensed under a Creative Commons Attribution 4.0 International License, except where otherwise noted.

Title
Our Story: An Ancillary to US History
Authors
Dr. Jim Ross-Nazzal and His US History Students
License

Our Story: An Ancillary to US History by James Ross-Nazzal is licensed under a Creative Commons Attribution 4.0 International License, except where otherwise noted. 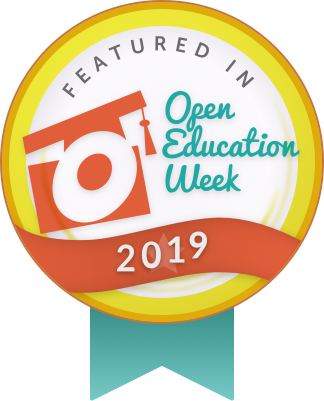